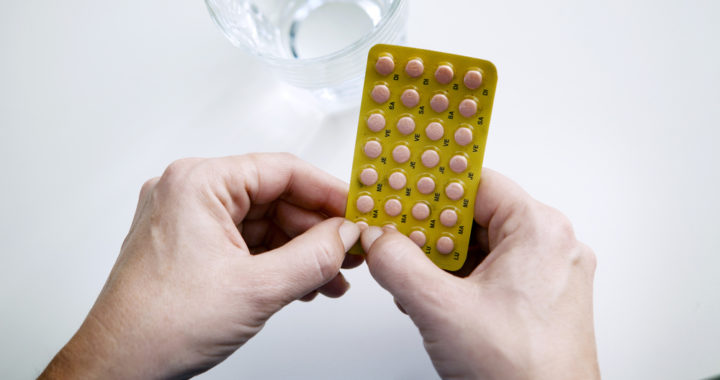 Women shouldn’t be advised to stop taking HRT after any arbitrary time limit,’ say the National Institute for Health and Care Excellence (NICE) guidelines that help healthcare professionals provide the best and safest care at the menopause. Yet the myth that you should stop HRT after five years is still one of the most common reasons why women stop taking HRT. This is often because their doctors refuse to continue to prescribe it, in the mistaken belief that taking HRT has a maximum five-year safety limit, regardless of a woman’s age or why she’s taking it.

Many women stop treatment after only a few weeks. The NICE guidelines advise that healthcare professionals should: ‘explain to women what the menopause is, why they are being prescribed hormones, and what benefit they will have. They also need to know what side effects they may experience and that bleeding is very common in the first few months and not a reason to stop.’ Unfortunately, many women take HRT for only a very short time, often not long enough to see any benefit, indicating that they haven’t been given a good-enough explanation.

Do you still need it?

It’s natural to wonder if you still need HRT. I often find that women have had their own trial period off HRT, and these are often the women who are adamant that they don’t want to stop as they felt so awful without it. In practice, I often find women have stopped because they ran out, forgot to take it on holiday or, increasingly, because they had difficulty getting a GP appointment. The recent supply shortages have also caused problems, with many women stopping HRT because they were unable to get their patches or usual formulations

There may be medical reasons to stop, perhaps because a woman is diagnosed with breast, uterine (womb) or ovarian cancer. Women who have had a heart attack or stroke are often advised to stop, although some cardiologists and menopause specialists will allow them to continue using non-oral treatments. Women who are about to have major surgery are also currently advised to stop
taking oral oestrogen six weeks before surgery; non-oral treatments can be continued up to three days before surgery, although we always advise you to discuss this with your anaesthetist first.

Women are often worried that there may be an age limit; many rely on their HRT to help them function at work, particularly now the state pension age is 67. For some unlucky few, hot flushes can persist for decades, and we have patients in their 90s who are still on HRT.

Doctors know that the long-term health benefits continue for at least as long as women stay on HRT, and some women never want to stop. We do recommend using the lowest dose of HRT that’s effective; it seems a little oestrogen goes a longer way as we age, and older women should use transdermal (across the skin) products that have no increased risk of blood clots.

If you and your healthcare professional have decided that you should stop HRT, we suggest trying a lower dose for three to six months first (unless you have been advised to stop immediately because of a new medical condition such as breast cancer). NICE tells us that there’s no long -term difference between stopping gradually or stopping abruptly, but weaning off HRT is less likely to cause rebound symptoms.

Reducing the dose means reducing the ‘daily’ dose; oestrogen is broken down in your body quite quickly, so don’t cut down by taking your medicine on alternate days, as this will cause fluctuations in your oestrogen levels.

If you’re using patches, you can ask for a lower strength or simply cut the patch in half down the middle. If you wish to reduce your HRT even more slowly, taking a third or a quarter off your patch will work too. Pharmacists may tell you this makes the preparation unlicensed, but it works extremely well!

If your HRT is in tablet form, there’s likely to be a low-dose formulation, or you could cut the tablet in half using a tablet cutter. A 0.5 mg strength of tablet is the lowest effective dose.

These directions work very well for oestrogen-only and standard oestrogen/progestogen combinations. If you’re stopping sequential treatment, we would recommend you finish the 28-day cycle to avoid early bleeding. If you’re taking utrogestan, simply stop taking it when you finish the oestrogen part.

Going back on HRT

If you decide to restart HRT, you should be able to return to your usual treatment straightaway, unless you’ve been off it for some time. If this is the case, you should return to a lower dose at first, after discussing this with your healthcare professional. We don’t recommend that you stop and start HRT repeatedly, as there’s a small slight increase in the risk of stroke in women in the first six months of stopping treatment.

Women who are taking HRT because they had an early menopause are strongly encouraged to continue HRT at least until the expected age of the menopause (and as long as they wish afterwards). Women who have a risk of breast cancer because of a family history, or who carry the faulty breast cancer gene, are advised to stop treatment at 50.

Topical vaginal oestrogens are not, in my view, hormone replacement, as they’re not absorbed into the bloodstream. These are available as pessaries, creams, a ring and a gel. They protect against urine and vaginal infections, help with all forms of bladder problems, maintain sexual responsiveness and comfort and improve vaginal dryness and all aspects of vaginal health. I consider these as important as face creams, except they’re for the vagina, and should never be stopped.